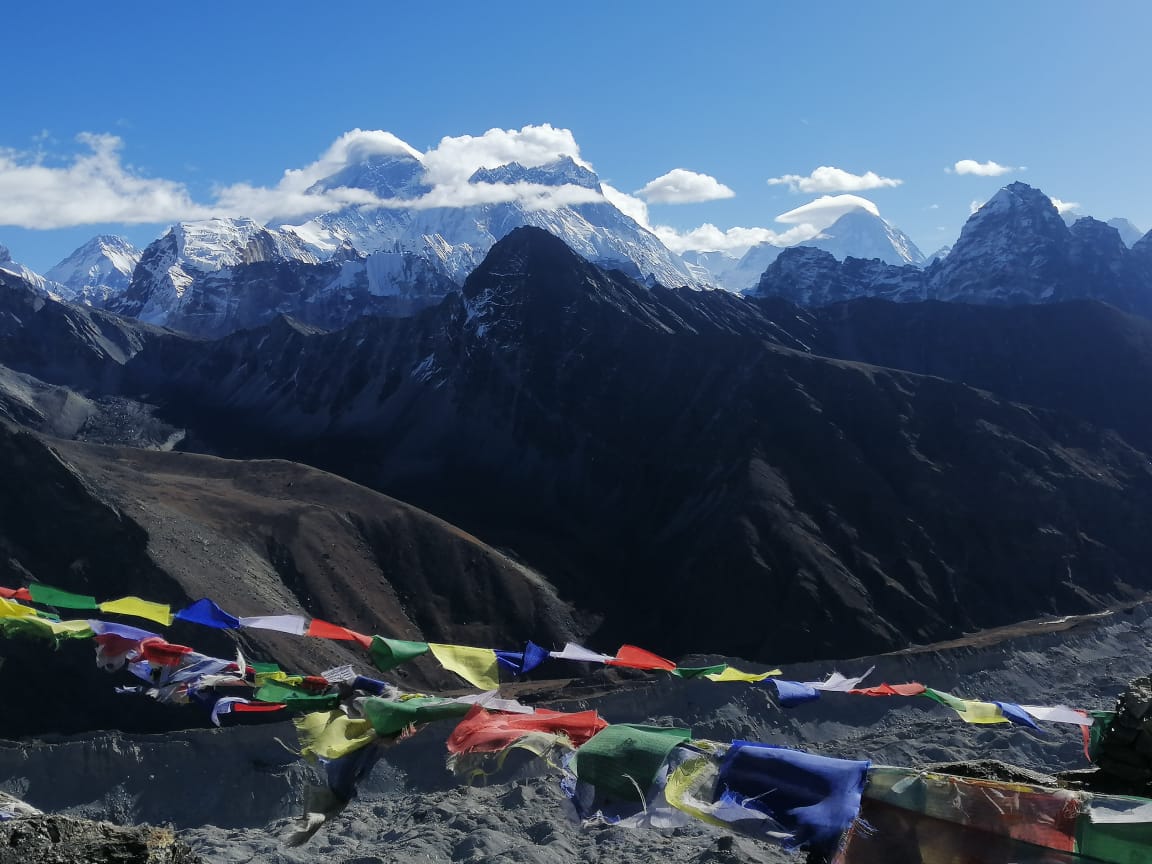 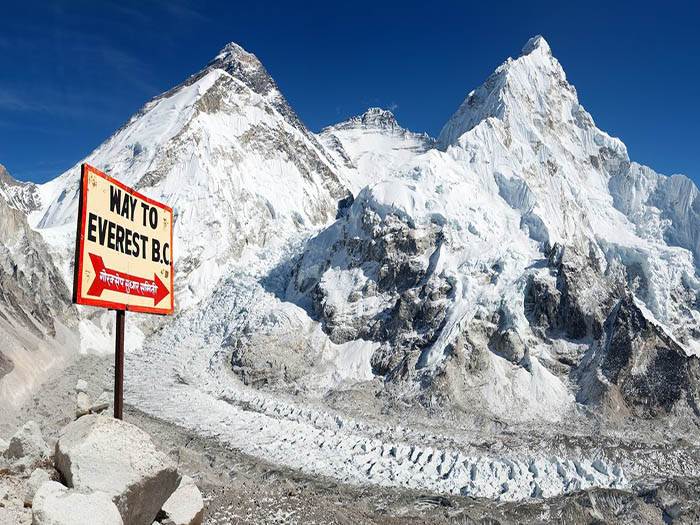 Everest Base Camp: Everest base camp is no doubt that it is the top attraction on Everest Trekking Region. The icy and snowy environment in then lap of the highest point of the earth is unexpectively beautiful and mind freshing. It is also the preparation point of the everest peak summitters so you can see lots of tents and climbers in peak climbing season. sunrise in everest from Kallapathar everest view point and and warm stay in gorakshep observing khumbu glaciers with tremendous view of  Mt everest, Mt.Lhotse,Mt Nupste makes the really top point of attraction on Everest Trekking Region. 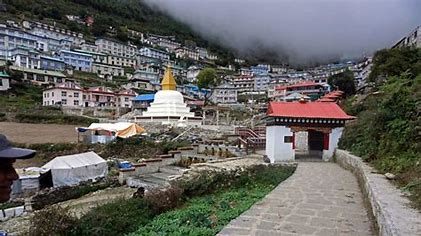 Namche Bazar: Namche bazar is gateway city for the trekkers and climbers in Everest Trekking Region. The necessary faciliated shops market and first panoramic view from the everest view point hotel gives potential to go further.This is tha famous spot for acclimization day in the way of everest base camp trek. This small town is located in the base of holy goddess Mt.khumbila (5167m). and down below khumjun valley in Solukhumbu district.. Namche bazaar is situated in the elevation of 3440m formed by mostly sherpa people engaged in tourism buisness. This is the main market hub in Khumbu Region where you can have continious view of Thamserku(6623m) in the east and kongde Ri (6187m) in th west. 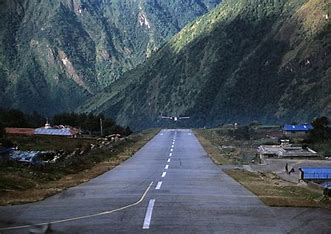 Lukla Airport(Tenzin- Hillary Airport): On the list of attraction of  Everest Trekking region fly off to Lukla airport is the next one. This is one of the most dangerous commerial airport in world but only the shortest way to complete the Everest Base Camp Trek in general, Although the pilots are highly trained and have mostly the positve flight result. This airport is located in the height of 2846m built in the supervision of Sir Edmund Hillary in 1964. Due to it's short runway, fast weather change, windy atmosphere, high mountain and gorges in the routes, only  short-takeoff-and-landing aircraft such as the De Havilland Canada DHC-6 Twin Otter, Dornier 228, L-410 Turbolet and Pilatus PC-6 Turbo Porter and helicopters can be landed. so flying off to this airport is short time adventurios experience. 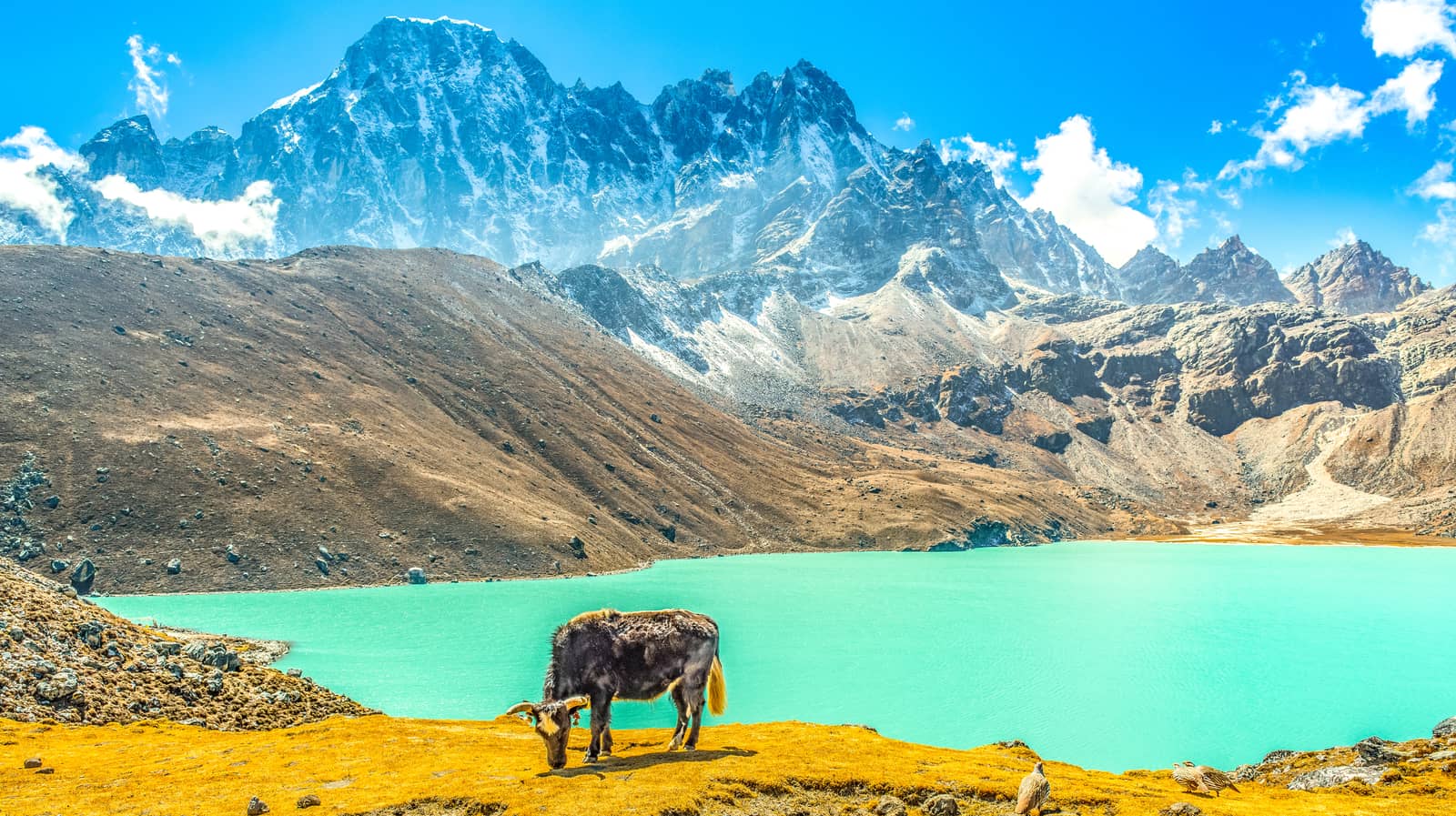 Gokyo Valley: Gokyo Valley itself is small paradise for highlanders and nature lovers. A very small village in the solukhumbu district at the foot of Gokyo Ri(5367m) view point and in the third southeastern shore of Gokyo Lake,  called Gokyo chu(Dudh pokhari). Gokyo lake itself is the major attraction of this village situated in the 4700m-5000m covering 485 acres of area divided into 19 lakes.
Besides the Gokyo lake stunning panoramic view from gokyo ri(5367m) , Renjo la(5360m) and Cho la(5420m) makes the the gokyo valley as one of the major  attraction place in Everest Trekking Region.. There is differnt trekking itiniery plans and route to reach Gokyo valley such as Gokyo Valley Trek, Two Passes Trek,  Three Passes Trek. 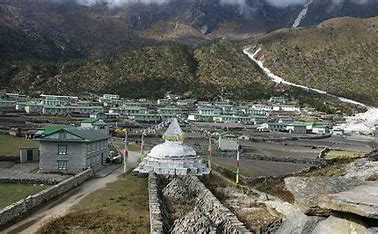 Kunde And Khumjung Village:in the foot of sacred mountain of sherpas - khumbila, the old traditional small village Kunde is situated in the height of 3800m-400m in the western part off valley,little above from Khumjung valley, 25km from Mt.Everest near to Nepal and Tibet border. Similarly the biggest traditional town Khumjung Valley is popular spot in Everest  trekking Region situated in 3790m above sea level. Khumjung monastery, Hillary schools are the things to see in Khumjung, where Yeti Scalp is purported in Khumjung monastery. Besides this Sherpa culture,traditions,Buddhist religion influnces nand sherpa's nomad can be the major attrraction of khumbu and khunde village. 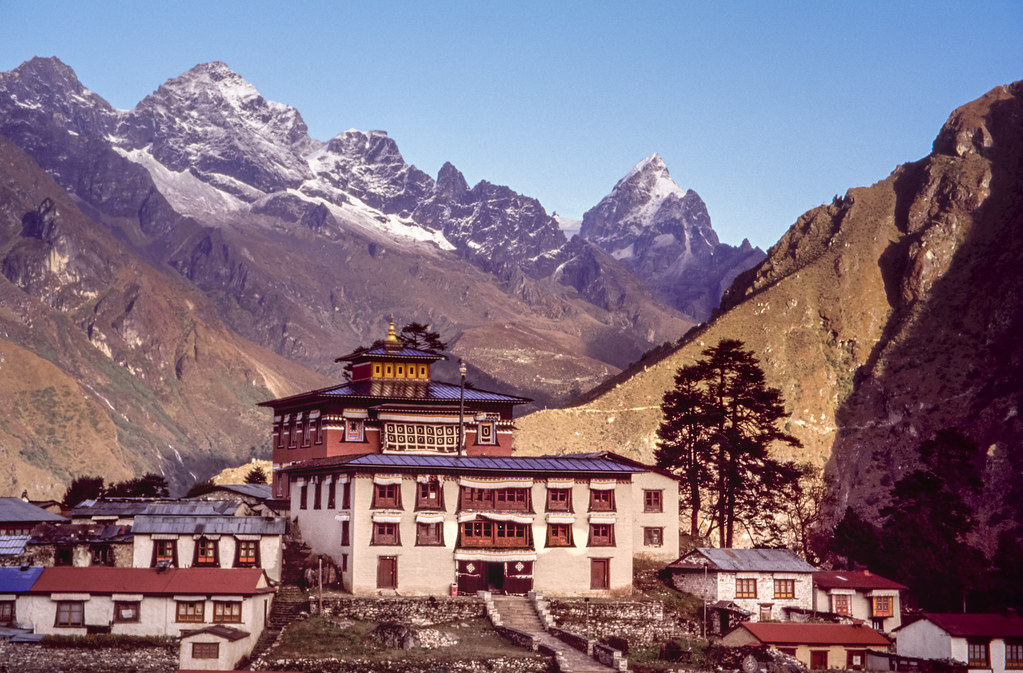 Tegnboche Monastery:Tengboche monastery situated at the height of 3867m from sea level is the Largest and holiest monastery in Khumbu region. Tengboche monastery is one of the valuable monuments of sagarmatha National park of UNESCO heritage.This monastery was found in 350 years ago in Pangboche by Lama sangwa Dorge and reformed in current structure in 1916 by Lama Gulu( Chitang Chotor). It is the first celibate monastery under the Nyingmapa lineage of the Vajrayana Buddhism.

The current Monastery is with Sakyamuni Buddha as main Structure, the monumental stone credited with Lama Sangwa Dorje's left footprint with precious old scriptures, statues, murals and wood carvings are the next major things to observe inside monastery. The religious room of guru rimpoche and the divine values of itself in buddhism helps to purify and encourage the traveller,s and mountaineer's soul passing by.
Besides Tengboche monastery interior values, the exterior panoramic view of well-known peaks of Tawache, Everest, Nuptse, Lhotse, Amadanblam andThamserku and Rhodhodendron forest sorround by is very much heart refreshing .