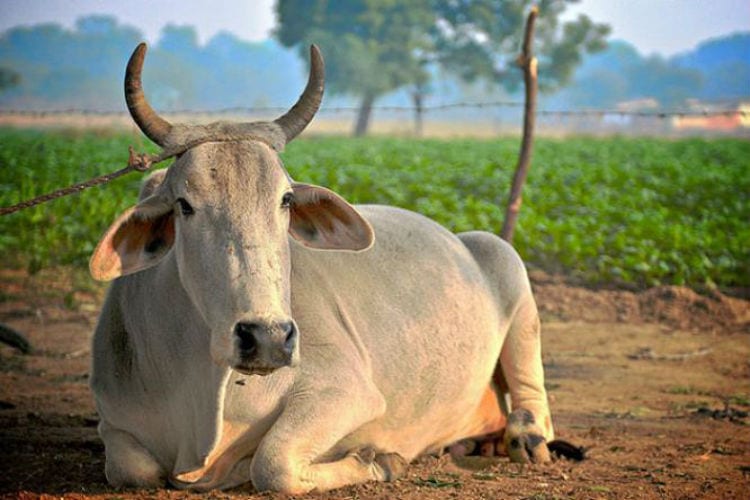 Nepal, an ancient state, of culture and heritage, has a large number of things that identify us. From religion to tolerance, from peace advocacy to brave warriors, Nepal has been successful in forming an unmatchable identity around the world. Same goes with its national Animal, Cow, the symbol of motherhood, nurture, and love. Being a country with a rich heritage that advocates peace and love, the culture of Nepal has enforced great attention to the animal world. This is clearly reflected by the National Animal of Nepal, the Cow, which is not only recognized as the national Animal but mainly protected from slaughter and violence of any kind.

One of the significant association with Cow in Nepal is definitely a religion. While Nepal is a secular state, the majority that lives here follows the Hindu religion. It is the Hindu faith that drives this love and devotion towards Cow. Nepalese people worship the Cow as the incarnation of goddess Lakshmi, the deity of wealth and prosperity. Another significance of the national Animal for the Nepalese people, who are mainly engaged in agriculture, is the representation of wealth and fertility. It is believed that worshipping goddess Laxmi can bring you an enormous amount of wealth. With Cow being represented as the goddess herself, it is inevitable that Nepalese people value the Animal and believe in worshipping it. This belief is celebrated to the extent that Cow is worshipped on Laxmi Puja, a celebration primarily dedicated to worshipping goddess Laxmi.

These values are held by the Nepalese people as well as the government very highly. As of the new constitution, killing a cow is strictly prohibited by the law in Nepal. Besides this, the purest and most nutritious product, Cow’s milk, and dairy products play essential parts in the households in Nepal. These products are deemed as pure and holy and often used in religious rituals of the Hindu culture. In a more economic perspective, Butter and ghee obtained from Cow’s milk are exported to India. This also adds to the revenue of the nation.

The body of cows is thought to represent nearly 330 million gods and goddesses inside them. The National Animal of Nepal represents abundance, fertility, symbolizes the mother, and provides milk and several other products. It is defined and protected by the law in Nepal. Hence, killing or mistreating a Cow isn’t merely considered a sin but also a punishable offence. Consequently, it is recognized as the National Animal of Nepal.

Legend has it that Surabhi was sent to Earth by Lord Krishna, one of the names of the worshipped Cow, to feed the kids and create a link between the heavenly and human worlds. Similarly, between the fifth and sixth centuries of our civilization, the notion of Ahimsa arose, and in about 200 AD, cows were already prohibited from being harmed or murdered. Scientists, therefore, noted that this occurred under the impact of a general religious concept of people living in a specific region of the world.

Looking at a more technical perspective for this subject, Cow dung is used as a fuel, also as a fertilizer, as an insulator, as a mosquito repellent, and as a building material. This certainly adds value to the Animal and its products. Similarly, it also uses urine as a chemical liquid that destroys bacteria. A cola drink that is produced from medicinal herbs and cow urine has lately been introduced on the market. In the advancing era where everyone is leaning towards healthy and organic alternatives, the Cow can definitely be a lot more valuable than it is today. These are some of the significant reasons why Cow has been announced as the National Animal of Nepal.