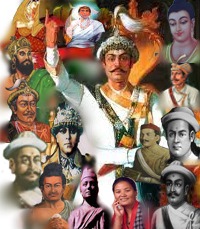 Nepal is one-of-a-kind and rich in culture. She has given birth to some extraordinary individuals who have offered their knowledge and strength to make any Nepalese in the globe proud of their typical Nepalese identity.

Nepal is a small landlocked Himalayan country that is home to the Nepalese people, who are divided into over 120 ethnic groups and speak 125 different languages. Nepal has always been an independent country, hence there is no Independence Day holiday in Nepal.

The contemporary history of Nepal begins in the 18th century, when the King of Gorkha acquired a tiny kingdom and principalities and established hereditary monarchy, which lasted until 2008, when Nepal became a republic.

We are listing the names of Nepalese National Heroes who have contributed significantly to the establishment of diverse socioeconomic and political structures, art and literature, religion and practice, and the distinctive heritage of Gurkhas. The figures on the list date back to the fifth century BCE (age of deities and lords).

King Janak
Around the 7th century BCE, he was the ruler of the Videha empire and lived in the capital Mithila — present-day Janakpur in southern Nepal. He was a wise man and a wise king. He is the father of Sita (Lord Ram's wife) and is depicted in the Hindu sacred text Ramayana. He was regarded as the King and the people's philosophical guide. 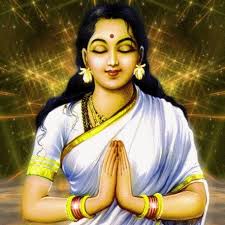 She is the embodiment of Goddess Laxmi (the consort of God Vishnu) and the earth's daughter. She was not born, but was discovered while plowing a field by King Janak, who reared her as a foster daughter and eventually arranged her marriage to Lord Rama at the age of 16 and sent her off to the kingdom of Ayodhaya. During their 14-year exile from Ayodhaya kingdom, she was kidnapped by Ravan and eventually rescued by Lord Ram.

Every year, hundreds of devotees visit the famous Ram Janaki temple in Janakpur, where Sita is also known as "Janaki" or "Mithila." Sita is portrayed as a perfect, chaste woman who is smart, tolerant, and virtuous. The Ram and Sita narrative can be found in the ancient Hindu holy book Ramayana.

Gautam Buddha
Buddhism was founded by Buddha. He was born as Prince Siddhartha Gautam to King Suddhodhan and Queen Mayadevi in Lumbini, Nepal, on the small kingdom of Kapilvastu. He left the palace at the age of twenty-nine to live an austere existence and seek answers to human suffering. He spent years traveling and disseminating wisdom until he decided to meditate beneath the Bodhi trek and eventually achieved enlightenment. He was dubbed "the awakened one." Buddhism is now widely practiced all across the world, and it is one of the religions with the most adherents. Buddha Purnima is observed on the full moon day of the first month of the Nepalese calendar.

Amshuverma
During the reign of King Sivadev of the Licchavi dynasty in 595 AD, he held a similar role as Prime Minister. As the King was preserved as a powerless figurehead, he became the ruler of the kingdom. He was an art and architectural enthusiast. He was also a writer, having produced various volumes, including the Sanskrit grammar. He designed Kathmandu's Kailashkut Bhawan Palace. He improves the country's economic standing through promoting trade and commerce, as well as industrial and agricultural development, and he develops foreign policy to maintain harmonious relations. His reign is referred as as Nepal's "golden period."

Sankhadhar Sakhwa
He is the creator of the Nepal Sambat period. He was a trader and philanthropist who discharged all the debts of the people of Kathmandu Valley during Ragha Dev's reign using income earned from gold mined from sand collected near the Bishnumati River. He marked the beginning of the Nepal Sambat Era with a new lunar calendar, which is now unpopular but is still used to define numerous Hindu festivals. Sankhadhar Sakhwa founded the well-known Newar celebration of Mha Puja.

King Ram Shah
He ruled the Gorkha Kingdom until 1636, and his sixth descendant later unified modern Nepal. He was known as the King of Justice, as the Nepalese proverb says, "If you are deprived of justice, to Gorkha." During his reign, he instituted a number of socioeconomic, legal, and administrative reforms to ensure the kingdom's smooth operation.

King Prithvi Narayan Shah
The founder of modern Nepal is the Great King Prithvi Narayan Shah. Born in the Gorkha kingdom in 1723, he succeeded his father Narabhupal Shah in 1743 and began his mission to unite all the tiny kingdoms and principalities into the unified kingdom that exists today. After taking Kathmandu, Bhaktapur, and Patan in 1768, he begins his unification campaign with his Gorkha soldiers (not to be confused with Gurkhas) and declares Kathmandu as the capital. Then he began extending the Nepalese border and conquered Garhwal, Simla, and Sikkim in northern India, as well as the valleys of the Tibetan plateau's inner Himalayas. The country grew to about twice the size of modern-day Nepal and was later relinquished on the Sugauli Treaty with the British East India Company.

The Gorkha king established a hereditarily monarchial monarchy in modern Nepal, and his lineage ruled until the introduction of the Republic Form of Government in 2008. He is the Father of the Nation and the First King of Modern Nepal.

Bhimsen Thapa
He served as Nepal's first Prime Minister under the reign of Rana Bahadur Shah, the grandson of Great Prithvi Narayan Shah. Born in 1775, he was awarded as Mukthiyar (similar to PM) after first serving as the King's bodyguard and Kaji (Minister). He is recognized as a forefather of government, a great warrior, and a reformer. Following Rana Bahadur's assassination, he controlled the realm as Prime Minister alongside the baby King and regent Queen. He constructed Sundhara's Dharahara Tower (which was destroyed in Earthquake 2015). He enlarges Nepal's territory from the Sutlej River in the west to the Teesta River in the east.

Amar Singh Thapa
He was a strong warrior and soldier of the Gorkha Army, led by Prithvi Narayan Shah, and was responsible for Nepal's larger expansion during the time. During the Anglo-Nepal War with the British East India Company, he fought multiple engagements during the unification of modern Nepal and gained command of the western portion of the country. He was able to defend his fort for six months with fewer than 200 soldiers, but he never surrendered. General Amar Singh Thapa was a fierce fighting fighter with a slight religious bent. In Gangotri, he built the first temple dedicated to Goddess Ganges (present time India). He was so depressed after signing the Sugauli Treaty that he went on a pilgrimage visit to Gosaikunda and died there. The British admired his gallantry as well. He is dubbed the "Living Lion of Nepal."

“I am a cub of tiger; don’t mistake me with a carcass eating dog”

Balbhadra Kunwar
During the Anglo-Nepal War (1814-1816) against the British East India Company, he was well recognized for his heroism at Nalapani. At Nalapani, Captain Balbhadra Kunwar was supported by a band of 600 warriors, including women and children, to combat the well-supplied East India Company. Taking advantage of the fort and surrounding surroundings, Nepalese soldiers armed with stones, Khukuri, and simple firearms face off against a horde of 3500 British East India men armed with the latest weapons and cannons. Although the battle was lost and the Sugauli Treaty was signed, Balbhadra Kunwar's courage and bravery were greatly recognized.

King Tribhuwan Bir Bikram Shah
He was Nepal's ninth king, descended from Prithvi Narayan Shah. During his reign, the establishment of monarchism was jeopardized since power was concentrated in the hands of the Rana family. The Ranas were noted for their dictatorial ruling style, which resulted in both socioeconomic exploitation and progress. The Ranas were founded in 1846 by Jung Bahadur Kunwar (Rana) to continue hereditary Prime Minister status. It was a time when the King was merely a figurehead and Ranas decided the country's every move.

King Tribhuwan was a key figure in the re-establishment of monarchy in 1950, when he dissolved the 104-year-long Rana tyranny and reinstated democracy. King Tribhuwan is a crucial actor in the liberation of Nepalese people from the dictatorial tyranny of the Ranas. Many notable heritage monuments, Nepal's oldest and largest university (Tribhuwan University), and the country's only international airport (Tribhuwan I.A.) bear his name.

Pasang Lhamu Sherpa
She was the first Nepalese woman to scale the world's highest peak, Mount Everest. She had successfully climbed other peaks such as Mont Blanc and Mt. Cho Oyu (8201m) before tackling Everest. She reached the summit on 22 April, 1993, but died during the descent when the weather worsened and an avalanche took her life.

Araniko
He was an artist and a prominent figure in Nepalese art and architecture. Born in Kathmandu in 1245, he has been interested in painting from boyhood, and his work and designs have subsequently expanded throughout Nepal and China. He is well known for constructing the White Stupa at Beijing's Miaoying Temple. He was sent to Tibet as the leader of a group of 80 artists by the then-King of Kathmandu to help with the stupa design and constructions ordered by Emperor Kublai Khan.

The majority of Arniko's work may be found in China, where it includes famous masterpieces of Buddhist Stupas, Temples, and Shrines, as well as beautiful paintings of Emperor Families. His creations had a significant impact on following Chinese dynasties, exporting Himalayan Buddhist art from Nepal. In Nepal, he is known as "Balabahu Araniko."

Bhanubhakta Acharya
He is Nepal's original poet, understanding the core of literature and writing in plain common language that everyone can understand. He was born in 1814 A.D. to an affluent family and was raised with appropriate education. He considers what he had to accomplish in his life as a result of his chat with the grass-cutter. He has published a number of books that contain a collection of his romantic and satirical humor. His most notable accomplishment, however, is the translation of the Epic Story of Ramayana from Sanskrit to Nepalese. He is considered as the father of Nepalese writing and is known as the 'Adikavi,' or "first poet." Motiram Bhatta has played a major role in popularizing Bhanubhakta's writings. Every year on the 29th of Ashad (about the 13th of July), the Bhanu sJayanti festival commemorates the birth of Bhanubhakta Acharya.

Moti Ram Bhatta
He was a multifaceted figure: a young poet, writer, biographer, researcher, and musician who made significant contributions to Nepalese literature. He was also one of the first people in Nepal to create a library. He was much influenced by Bhanubhakta Acharya's literature and played an important role in popularizing his previously unknown works. He created the metrical poems and produced a new writing style. He was able to add a new depth to Nepalese language and literature in his brief life of 30 years. He had written more than twenty-five volumes and feared that many of them would be lost.

Mahaguru Falgunanda
He is the most recent addition to Nepal's list of National Heroes. He was the saint and religious instructor of the Kirati people, who live in Nepal's east. He was born in Illam in 1885 A.D. He is less well-known among Nepalese than any other on the list, but he is best recognized for his socio-cultural and religious lecture on the importance of knowledge, non-violence, and love.