About Tour and Travel

Nepal, the land of splendid nature and rich culture is waiting for you exploration through its different facets. Explore Nepal tour gives you an opportunity to explore three different regions of the country, varying from the cultural hub teemed with fascinating ancient building like Kathmandu, the breathtaking scenery of Annapurna Range like Pokhara, and the vast, fertile forest like Chitwan National Park in Terai region. This remarkable trip will make you realize that Nepal has much to offer.

KATHMANDU: Capital and largest city of Nepal with a population of around 1 million. Also known as the city of temples, the city stands at an elevation of approximately 1,400 metres (4,600 feet) above sea level in the bowl-shaped Kathmandu Valley in central Nepal. The valley was historically called the "Nepal Mandala" and has been the home of the Newar people a cosmopolitan urban civilization in the Himalayan foothills. The city was the royal capital of the kingdom of Nepaland hosts palaces, mansions and gardens of the Nepalese aristocracy. It has been home to the headquarters of the South Asian Association for Regional Cooperation (SAARC) since 1985. Today, it is the seat of government of the Nepalese republic, established in 2008, and is part of the Bagmati Province.

POKHARA: The city is located on the shores of Phewa Lake, at an elevation of 822 meters. The Annapurna Range, which includes three of the world's ten highest peaks—Dhaulagiri, Annapurna I, and Manaslu—is only 15–35 miles (24–56 kilometers) from the valley.

Pokhara is Nepal's tourism centre, serving as a base for hikers completing the Annapurna Circuit in the Annapurna Conservation Area portion of the Himalayan Annapurna peaks. Many elite Gurkha soldiers, soldiers of Nepalese nationality from South Asia, are stationed in the city. They are recruited for the British Army, Nepalese Army, Indian Army, Gurkha Contingent Singapore, Gurkha Reserve Unit Brunei, UN peacekeeping forces, and war zones across the world.

The city is home to many medieval age temples, including Tal Barahi Temple, Bindhyabasini, Bhadrakali, Talbarahi, Guheshwari, Sitaldevi, Gita mandir, and Bhimsen temples, as well as old Newari dwellings. Chipledhunga, New Road, Prithvi Chowk, and Mahendrapul are modern commercial city centers. Pokhara's International Mountain Museum is located near Ratopahiro.
The city promotes World Peace Pagoda, which was built in 1996 A.D. across the southern side of Phewa Lake, and Sarangkot, which is northwest of the city, as vistas to overlook the city and surrounding panorama. To promote tourism in Ratopahiro, the International Mountain Museum (IMM) was opened to the public in February 2004. Pokhara Regional Museum, an ethnographic museum, and Annapurna Natural History Museum, which houses conserved flora and animal specimens and contains.

CHITWAN: The Chitwan Valley, one of Nepal's Inner Terai valleys between the Mahabharat and Siwalik ranges, both considered Himalayan foothills, gave the district its name Chitwan is one of the few unspoiled remnants of the Terai region, which once stretched throughout Nepal's foothills. It used to be a deep forest teeming with wild animals such as leopards and Bengal tigers. Chitrsen Baba governed it, and rishis meditated in the forest.

Chitwan was a lush jungle controlled by Tharu God-King Chitrasen Baba, who was supposed to be a Vishnu manifestation. The Tharu still worship his idol on HariBodhini Ekadashi at Chitrasari, on their way to Sauraha village. According to this belief, the area was formerly known as Chitra Ban (Chitrasen's forest), which was later renamed Chitwan. The vegetation and animals of Chitwan are exceptionally diverse. Chitwan National Park, Nepal's first national park, and the adjacent Parsa National Park host a greater diversity of species than anywhere else on the Indian subcontinent. Bengal tigers, gharials, rhinos, leopards, mugger crocodiles, Indian rock pythons, and various deer species are all rare. The protected zones are patrolled by anti-poaching troops and guarded by a battalion of the Nepal Army. Bishazari Tal ("20 Thousand") Lake is located about 5 kilometers (3.1 miles) south of Bharatpur, near Chitwan National Park. The lake is a popular spot for birdwatching.

LUMBINI: According to an inscription on a stone erected by the Mauryan Emperor Asoka in 249 BC, the Lord Buddha was born in Lumbini in the Terai plains of southern Nepal in 623 BC. Lumbini is one of the holiest sites of one of the world's great faiths, and its ruins contain valuable information about the nature of Buddhist pilgrimage centers dating back to the third century BC.

The Shakya Tank, the remains within the Maya Devi Temple consisting of brick structures in a cross-wall system dating from the 3rd century BC to the present century, and the sandstone Ashoka pillar with its Pali inscription in Brahmi script are among the structures within the archaeological conservation area. There are also the excavated remnants of Buddhist viharas (monasteries) dating from the 3rd to the 5th centuries AD, as well as Buddhist stupas (memorial shrines) dating from the 3rd to the 15th centuries AD. The site is currently being developed as a Buddhist pilgrimage center, with the archaeological remains related with the birth of the Lord Buddha serving as a focal point.

ILAM : Enjoy a brisk walk through a tea garden, a picnic in a serene environment, sightseeing stops, short treks along modest hills, or exploring the adjacent woods amid Ilam's lush flora.

Ilam is known for its tea and is a great place to get away from the city. It is a tea-growing district with a hill town adjacent to a plantation that offers vistas of beautiful landscapes including sloping tea gardens, mountain streams, lush natural forests, holy sites, and a distinct culture. You can go on day trips or longer excursions from Ilam Bazaar. There are many hotels in the town and a few resorts in the tea gardens a short distance away.

NAMCHE BAZAR: The staging location for expeditions to Everest and other Himalayan peaks in the area is Namche Bazaar (3,500 m). It has grown into a small, vibrant market town selling anything from Tibetan antiquities to trekking and climbing gear, as well as anything else you might need on your journey. The tourist center at park headquarters provides thorough information on the area's several climbs, as well as mementos from various mountaineering expeditions and information on the Sherpa people's lifestyle and culture.

Namche is a historic trading town known for its handcrafted yak cheese and butter. It is located on the slope of an arch-shaped mountain with spectacular views of gigantic Himalayan peaks from all points in the valley. Namche Bazaar has maintained its historical culture, traditions, and genuine hospitality despite its expansion.

Aside from the normal assortment of hotels, restaurants, and equipment stores, there is also a regular pub, Wi-Fi, and a pool table. Because acclimatization is a gradual process, it's a good idea to stop here for a couple of days to get acclimatized by going up and down in the area. A visit to Syangboche or several Sherpa settlements such as Thame, Khumjung, and Khunde, which are only a few hours walk from Namche, are good ways to pass the time while getting acclimatized.

Namche Bazaar gets ready for the weekly market fair every Saturday morning, which brightens up the town. This fair shines a focus on the town's heart, as Tibetan and adjacent village traders display their items. 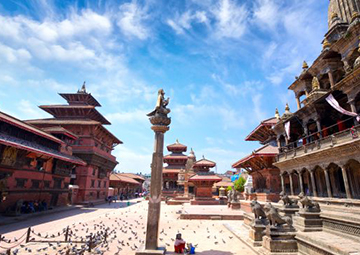 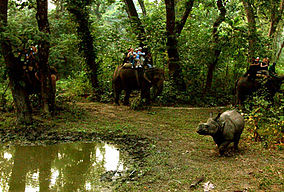 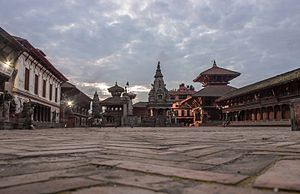 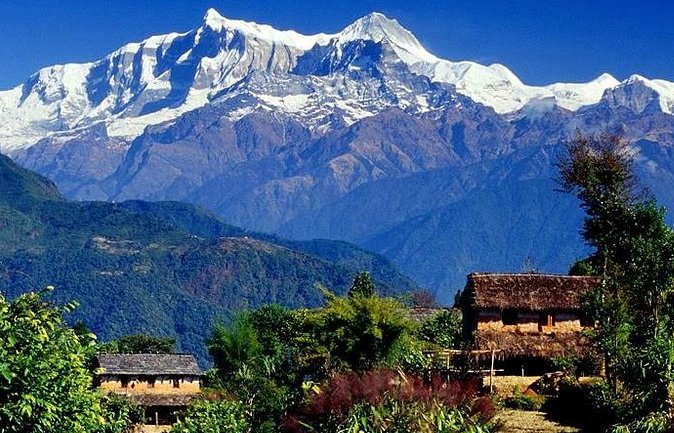 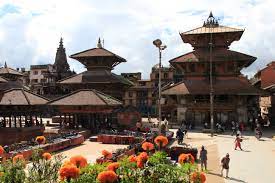